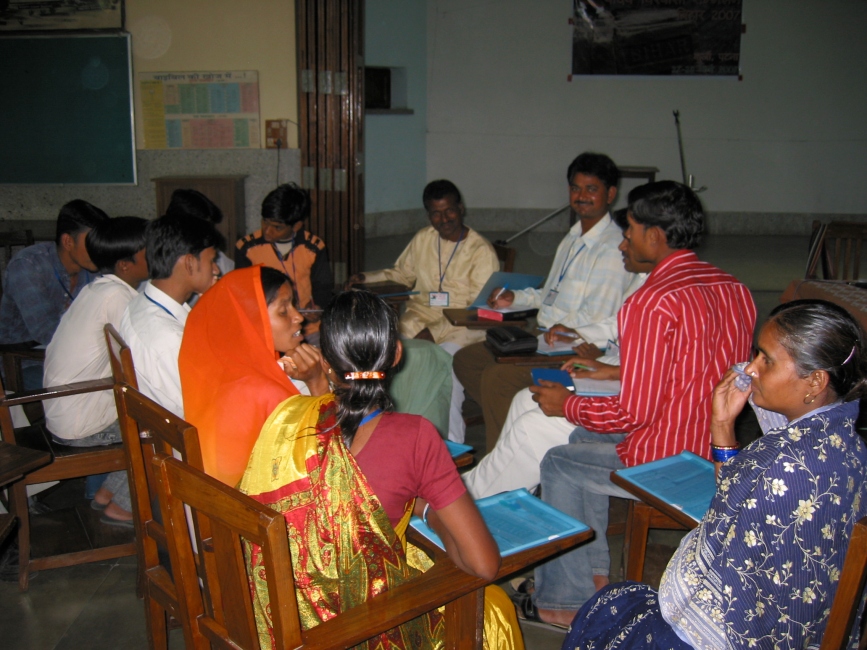 Let me just start off by saying that I have not done any official research on this topic. I’m putting forward what I consider to be a reasonable hypothesis based on my experience, study, and thinking on the topic.

Jim, who had been following Christ for a couple of months along with his wife Sue, suddenly disappeared and turned up a few weeks later living with another woman. Sue and their little daughter Jill were devastated. Jill was too young to understand what was happening. I watched her joyful personality turn quiet and sad. Sue said she wanted to move to Bangkok to work and leave Jill with an Aunt. I tried to reason with her that leaving her child was not a good idea. She left. Jill only saw her Dad once in awhile when he came to pick her up for special outings. Her Mom sent money. Watching this situation, I felt helpless yet unsure what my role should be.

There are many things at play in this situation.

Getting Closer to Breakthrough

So, what would have helped me get closer to forging a way ahead? I did not have others to talk it through with, my team was the new local believers like Jim and Sue. I can’t even tell you how much I would have appreciated being able to talk through these issues with someone who was unbiased, who would be my thinking partner, not telling me what to do (because I knew what different types of people would tell me to do), but helping me figure it out myself.  At that time I did not know there was something like this, and it’s called coaching.

All around I see two ways a coaching approach could have helped.

One, by having someone coach me on the right way to deal with this situation.

Two, by me asking good, open questions to Jim and Sue, helping them think things through, and listening carefully to their answers.

Now imagine these two things had been in place. I don’t know that the outcome would have been different, but I bet that in many similar situations, it would be. After thinking through the issues, Jim and Sue would have owned their decisions and actions a lot more. By drawing out what the holy spirit had put in them, a breakthrough in the lives of Jim and Sue could start a pattern of breakthrough in the lives of their relatives and community, with people helping each other work through their issues and take steps to follow Christ with their lives.

I get very excited when I think about this. I’m saying that I believe that coaching is important to the development and sustaining of movements. And in terms of contextualization, instead of unquestioningly following western church structures, we could ask questions that help people identify and practice what would be biblical in their own context. Inductive, oral Bible studies such as Discovery Bible Study (see http://www.movements.net/wp-content/uploads/2012/02/2008-Discovering-God-2.0.pdf) are really just coaching. Coaching is a way to ensure that we outsiders do not have the power and control, but trust the holy spirit, the word of God, and the believer to find the way forward. Coaching works against dependency and toward a biblical interdependence. It forces us to work through those hard questions and face the issues that keep us from breakthrough.

Do you want to be coached? Fill out these two forms:

Assess your readiness for coaching: https://coachdeb.wufoo.com/forms/zql83jw1ocn004/

Start the process of initiating a coaching relationship: https://coachdeb.wufoo.com/forms/m1xc2yzp0x69md8/

How have you used coaching in your context?

How have you seen that asking open questions can be more helpful than telling people what to do?

How are you going to start engaging in your situation through questions rather than telling people what to do or staying silent?

For some good questions you can use right away, see http://keithwebb.com/50-powerful-coaching-questions/